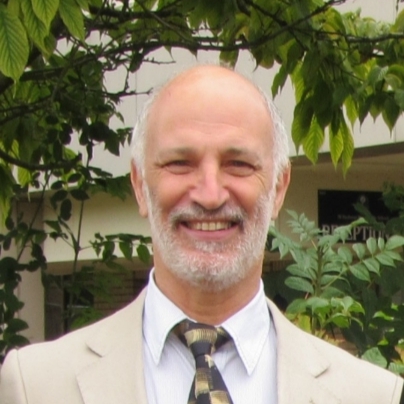 It is with great sadness that we announce the death, on Monday 20 April 2020, of Yiannis Pareas. Although healthy and strong, he was another victim of Covid 19.

An architect by profession, he was also an artist, potter, sculptor and classicist. In recent years he was learning to play the piano which he took enthusiastically to, as he did to everything. He believed passionately in the re-unification of Cyprus and the human rights of Cypriots. In recent years, his greatest passion outside his family and Cyprus has been his role in the creation and success of Britain’s first maintained Greek Orthodox secondary school, St Andrew the Apostle Greek Orthodox School in Barnet.

St Andrew would simply not exist without Yiannis’s vision and drive. He personally approached the Russell Education Trust and the Church to convince them that the Free Schools legislation could be used to open the first maintained Greek Orthodox secondary school in Britain. Yiannis led the group which, back in 2011/12, fought so hard to establish the school.  Many of us involved in that period, including community members, the Archdiocese, local MPs, senior officials and at least two Ministers of State for Education, felt that we had been propelled along by the sheer strength of Yiannis’s Christian faith and his belief in the project. When St Andrew finally opened in 2013, he was the natural choice to be the founding Chair of Governors; a post he held until his death last week. He was delighted that the school was so popular with the local community and was judged ‘Outstanding ‘by Ofsted. The school’s exceptional GCSE exam results were also for him a source of real pride.  His tireless efforts were further rewarded recently with final confirmation of a permanent site for the school and funding from the Department for Education for a state of the art school building.

Born in Limassol Cyprus in 1949, as a child he lived 3 years of his life in Nigeria with his parents. He came to London in 1968 to study architecture and stayed to build up a successful career in his field. He has a huge family and an enormous number of friends old and new in Cyprus who all remember him for his multi-faceted interests, sense of humour and smiling face. He married his wife Marina in 1988, and was a devoted husband and father.

Yiannis was a kind and considerate man with perfect manners. He charmed those around him into sharing his passions and beliefs. He took his role as Chair of Governors at St Andrew particularly seriously and visited the school often, taking a very keen interest in the quality of provision for all students. He was determined that, in addition to the usual curriculum, St Andrew's students should have the opportunity to develop an understanding of what Greece, both modern and classical, has contributed to our civilisation.  Yiannis played a full part in ensuring that the ethos of St Andrew was grounded in the Greek Orthodox faith; and that the Church and its priests played an integrated role in the life of the school. His sense of social responsibility and desire to put students’ best interests first were at the heart of all he did; his involvement blessed the school and community in myriad ways. His Eminence Archbishop Nikitas said “It was with great sadness and shock that I was informed of the untimely passing of Yiannis. This is a great loss not only for the school but the community at large; when we lose people of such stature, the world becomes a poorer place. May God rest his soul and we pray for his family that they are able to remain strong”.

Yiannis leaves behind his wife Marina and his daughters Aliki, Stella and Anna-Maria as well as the members of his wider family, friends and many acquaintances both in the Greek Cypriot and the wider community of north London and the community in Cyprus.

Given the current national emergency, it is unlikely that anyone other than immediate family will be permitted to attend the funeral. But it is the family’s and St Andrew's intention to hold a celebration of his life as soon as it is practicably possible.

We welcome all families who are looking for genuine academic excellence and personal growth for their children. 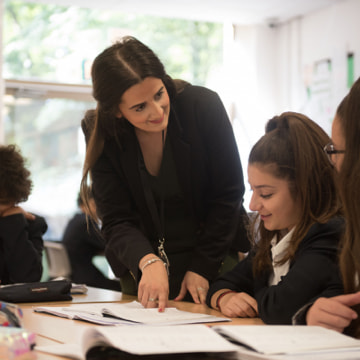